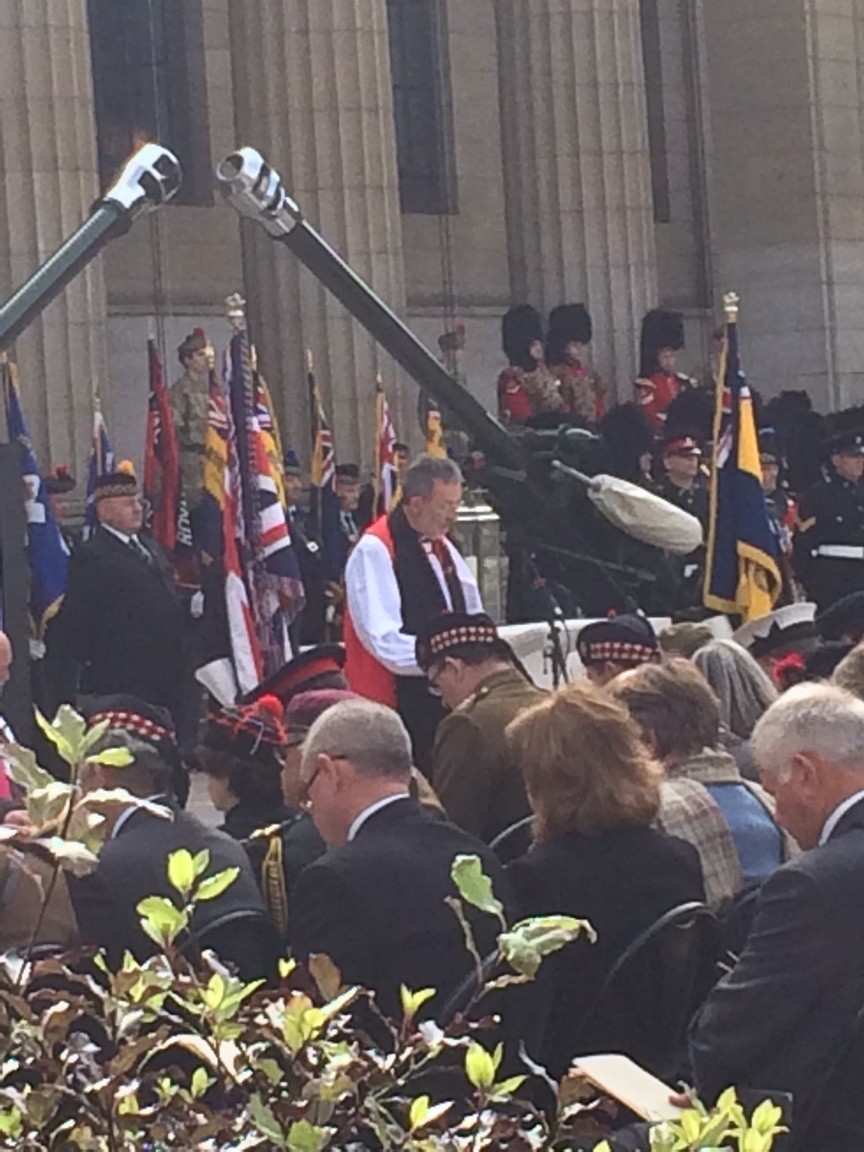 During the summer Anne and I visited the Scottish War National Memorial at Edinburgh Castle with our grandchildren and amongst the Books of Remembrance we soon found the name of Anne’s great uncle, John McQuillan who served with the Highland Light Infantry and died with no known grave at the Battle of Loos in France in 1915.

The Battle of Loos was the largest British offensive mounted on the Western Front during the First World War. The battle began at 6.30am on 25 September 1915 and within four hours 8,000 of the 10,000 men that made up the twelve attacking battalions were dead. By the end of the battle British casualties numbered nearly 60,000. Scottish losses were so dreadful that it has been said that no part of Scotland was left unaffected, nowhere less so that in Dundee and Angus. Many Black Watch country families have memories of relatives who fought and died at Loos. No fewer than 41 battalions from Scottish infantry and guards regiments fought in the battle and all suffered great losses. Many other parts of the United Kingdom were affected similarly by this one battle which was but part of the ‘Great War’ – the war that was said to end all wars.

Dundee is hosting a weekend of Loos Centenary events for the whole of Scotland including the lighting of the Law Beacon, a Caird Hall concert, history exhibition and various receptions. Provost Jeremy Auld and I have been helping the Lord Provost of Dundee design a Battle of Loos Commemoration to be held in the City Square at 12 Noon on Saturday 26 September, attended by the HRH the Duke of Rothsay and the Scottish First Minister. The multi-media ecumenical service will convey memories and poems, music and prayers for a significant occasion. Hundreds of serving soldiers and veterans and the public will gather together in the city centre, accompanied by military bands and choirs from St Paul’s Cathedral and the Dundee High School. I hope that many people from across the diocese might wish to come along to the event.

All conflicts challenge our Christian faith and much has been written about ‘just wars’ and pacifism from a faith perspective. Unlike 1915 we perhaps don’t feel nowadays that singing the Victorian hymn ‘Onward Christian soldiers, marching as to war’ is terribly helpful in untangling what to do about militant global terrorism, the renewal of Trident missiles, belonging to the European Community, diplomacy in Iran and many other concerns. As Christians we perhaps need to reflect on thoughtful, proportionate responses, political or military to perceived threats to peace and human wellbeing. Jesus taught that shalom, the fullness of peace is only truly fulfilled in God’s kingdom – in the meantime, ‘blessed are the peacemakers,’ that is, those who actively pursue peace in daily life.