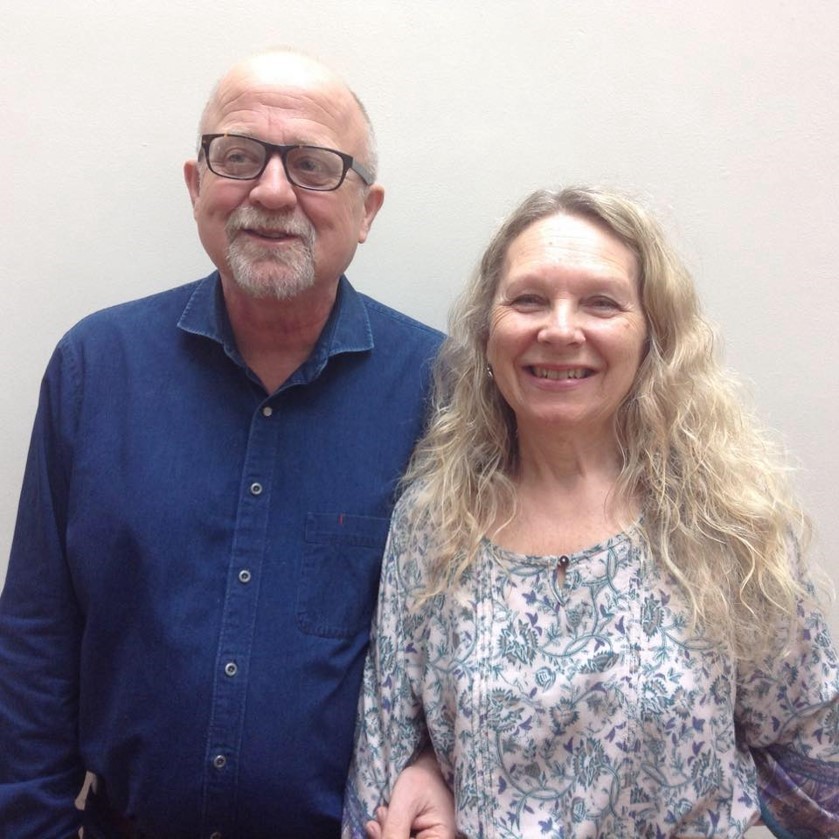 Bishop Andrew is delighted to announce that the next priest for the mid Angus charges in Brechin and Montrose with Inverbervie is to be the Rev John Skinner.

A New Priest for the Scottish Episcopal Church in mid-Angus: The Rev John Skinner
Fr John trained for the ministry at Lincoln Theological College in the late 1970s and early 1980s.  He has worked in a wide variety of church and non-church posts in the UK and abroad. John and his wife Linda are now coming to Angus in the Diocese of Brechin to build up a new linkage of Scottish Episcopal charges. Fr John will be licensed at the Priest in Charge of Brechin & Montrose with Inverbervie (subject to usual clearances) at a date later in 2019.

John and Linda’s Biography:  John and Linda Skinner help individuals, communities and churches grow and flourish and face the challenge of living in a post-Christian society.
They have lived and ministered in Northumbria, Bermuda and Turkey and have an ecumenical and inclusive outlook. John and Linda are two of the three founders of the Northumbria Community, an international and ecumenical Christian community which is committed to finding new ways of living as a Christian in contemporary society. John is co-author of Celtic Daily Prayer, Celtic Night Prayer and the Northumbria Community Rule.
In Bermuda John’s brief was to oversight two churches located in areas of social deprivation. This included: a complete refurbishment of the churches and their halls; identifying and training new worship leaders, lay readers and eucharistic ministers; leading a collaboration of churches, businesses, national and local government in a $750,000 urban renewal scheme. Linda began a liturgical dance group, with members aged 16-80 who danced in various venues from the Cathedral to the street and became a feature of worship and mission.
In Turkey, John and Linda led the Little Farm School of New Monasticism, holding residential courses for young people aged 16-35 which included lectures, working in the local community, and a hands-on experience of life in a new monastic community. John was also part of the Izmir Chaplaincy pastoring a mixed congregation of Turks and Expats. To support their ministry John began a construction company, building new and refurbishing existing properties, together with an estate agency and land management company.
Following the death of their best friend and business partner and a change in the political and economic climate they could not continue their ministry in Turkey. In 2016, they returned to Northumbria and spent a year grieving over the loss of their friend and leaving their life in Turkey. Slowly, they began to look forward again, and over the border into Scotland. With the support and encouragement of Bishops in the Scottish Episcopal Church they have been looking for opportunities to put their distinctive ministry to good use. They believe they have found that opportunity in the Diocese of Brechin
John and Linda are the best of friends, have four brilliant kids and six grandkids who call them Dede and Nine (Turkish) They have had a menagerie of horses, dogs and cats which have a special place in their lives. They love the cinema, theatre, swimming and the gym. Their door is always open to welcome one and all, with food and friendship.
Fr John said ‘Linda and I are looking forward to starting a new chapter in the Diocese of Brechin with the folk from Montrose, Brechin and Inverbervie. Together we can achieve so much!’
Bishop Andrew, Bishop of Brechin, said, ‘I am delighted that the vestries of the three charges and John and Linda have all agreed to work together in this new role.  John and Linda bring great depth and warmth as they help those charges face the challenges of all churches in Scotland in the 21st century: and I am looking forward to welcoming John to the diocese as a colleague, later in the year.’