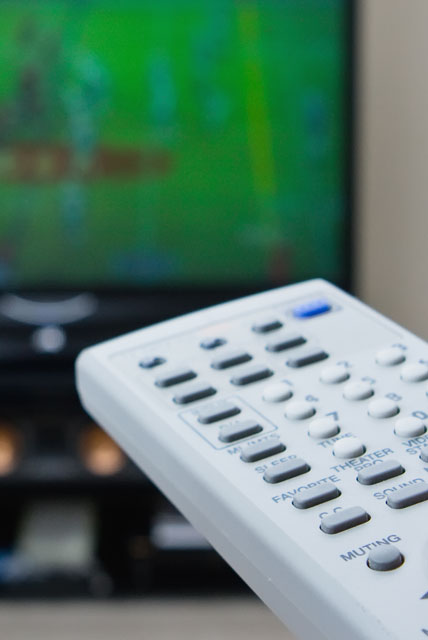 The following article by the Right Rev Dr Nigel Peyton, Bishop of Brechin, was published in the Dundee Courier on 2 October 2012:

October is here, the nights are drawing in and the autumn television schedules are upon us. Another season of The X Factor, Strictly Come Dancing and all manner of celebrity-led and so-called reality shows beckon us to the sofa.

They are glitzy, follow a successful formula and entertain millions of people week in and week out. We may imagine ourselves enjoying the spotlight of celebrity and fantasize - what would we do if we won the National Lottery triple roll-over millions?

I was fifteen before we had a television in our house. Being able to watch England play in the World Cup Final won my Dad over. With so many TV channels and repeats now available on free viewing and digital packages we can indulge in our favourite programmes and dodge the ones that irritate us. Some shows are undoubtedly shallow and may even ridicule participants. Sadly, as someone once said, nobody ever went broke underestimating public taste.

On the other hand we now take for granted the immediacy of news 24/7 and the sheer volume of helpful information available on screen. Carefully crafted documentaries open a window into the environmental and technological wonders of the world, past, present and future, educating us and our young people. Television befriends the lonely, those who are unwell and the elderly. And, as the Olympics coverage showed, can focus a family evening and even help bring communities closer together.

The founding ethos of the BBC in the 1920s was to inform, educate and entertain. I am old enough to remember what the BBC called ‘light entertainment’. It was undemanding and entertaining, a welcome distraction from the problems of the world. Perhaps our TV diet today in the midst of uncertainty and recession is an understandable form of escapism. Safe in our sitting rooms we unearth the past with the Time Team or are drawn into the period drama of Downton Abbey fascinated by its bygone upstairs – downstairs storylines.

In Bishop’s House we enjoy programmes like Have I Got News For You, The Big Bang Theory, and Match of the Day, the excellent Countryfile and of course, CBeebies when the grandchildren are around.

Religious coverage on television comes in many pictures: traditional Songs of Praise, stories from multi-faith Britain, Military Chaplains serving in war zones, the Christmas and Easter stories re-imagined for today. The popular BBC2 series fictional Rev provided an enticing insight into the life of an inner city minister. Even the soaps feature issues which have a moral, ethical or, at times, religious themes.

I sometimes wonder how a 21st century Jesus might engage with television. Would he criticise its faults or praise its delights and grasp the opportunity it affords to communicate Good News for the world? I suspect he might appear on a chat show, alongside politicians and celebrities, challenging them and the viewers. Perhaps like us though he would also simply enjoy the entertainment.