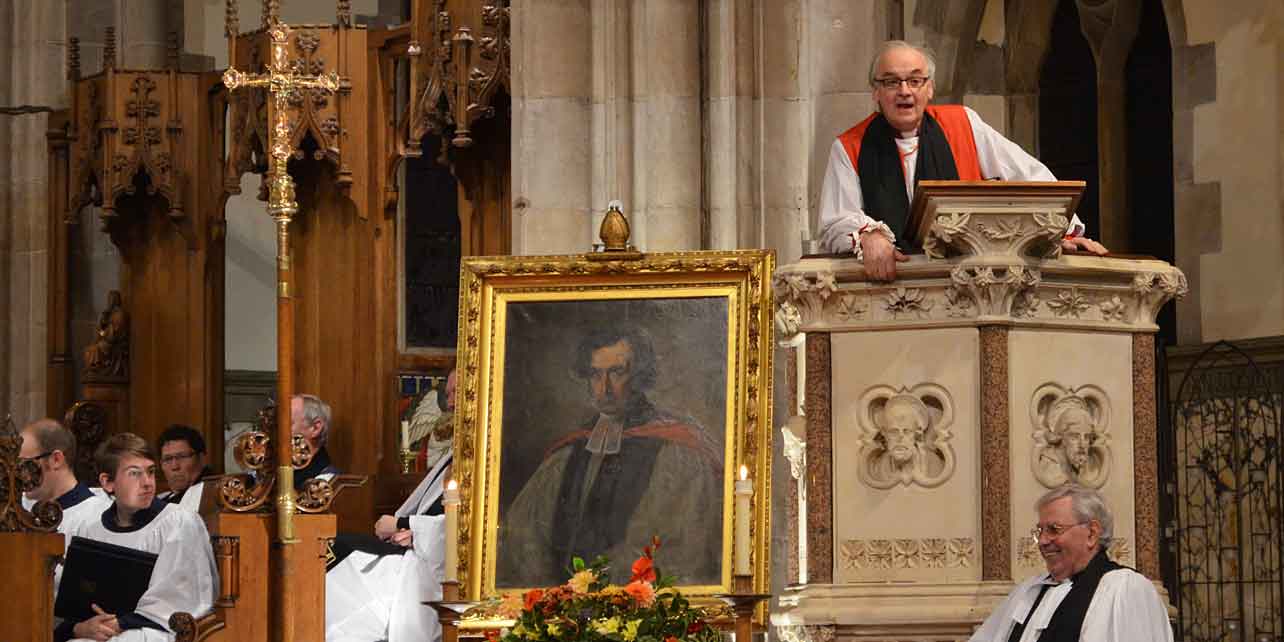 The consideration of Alexander Penrose Forbes brings before us one of the most perplexing questions facing humankind: “Which came first the Chicken or the Egg?”

Let me elaborate. Evaluations of Forbes’ life and Ministry vary. For some he is patron saint of the Scottish Episcopal Church. For others he was a catty individual who infuriated middle-of-the road clergy. He was a great man. But what do we draw from him today? If young Fr Forbes had been nominated to a Scottish bishopric today, he would have been unlikely to get past the Preparatory Committee. When elected (6 votes to 3) he had been ordained three years. During that period he had held four different posts.

It is well that he was consecrated on the feast of Saint Simon and Saint Jude. The patron saint of hopeless cases must have felt that he would have his work cut out in Brechin over the following years! But he certainly rose to the challenge! Before Forbes’ ordination he worshipped with his family at St Paul’s, York Place, in Edinburgh. His father wrote to him at his confirmation, urging him to be regular at Holy Communion, for, he argued, there will come times when the desire and enthusiasm for prayer will go, but faith will be sustained through such barren periods, by regular religious habits. Forbes’ education began at the Edinburgh Academy; then, a Private Tutor, Glasgow University, The East India Company’s College at Haileybury, time in India, and finally Brasenose College in Oxford with a scholarship in Sanskrit.

His Sanskrit ability drew him to Pusey – Oxford’s Professor of Hebrew. Thus began a lifetime of friendship and influence. I did wonder about his earlier education, and whether that private tutor might have had significant influence on him. From school Forbes had gone to the Rev Thomas Dale in South London. Dale was an evangelical clergyman, who tutored men for entry into the Indian Civil Service.

Dale also tutored John Ruskin, who started, just as Forbes left in September 1833. Dale had an indelible effect on Ruskin. Ruskin recounts how he had learned Latin in Edinburgh, and turned up with his well-thumbed copy of Adam’s Latin Grammar. He hoped to impress Dale with what he had learned. But Dale threw the Grammar book at Ruskin saying, "that's a Scotch thing.”" Even though Dale had later written warmly about Ruskin to his Father on other matters, Ruskin remembered (and felt) Dale’s ungraciousness, all his life.

Had Forbes any similar memories? - Memories of a Cambridge Evangelical and associate of Charles Simeon, who could belittle the things of Scotland? Might these have affected the strength with which Forbes was later to be drawn to those Oxford Catholics - men who saw Scotland, not as a place encouraging use of the wrong Latin Grammar, but a place where true religion might be established. True Religion has three parts: worship and prayer; acts of charity; and seeking to understand our place in the universe. Prayer, works of love and theology. Forbes makes his impact in relation to all three. He was a man of regular devotion. His love for the poor in Dundee is legendary. He was man accused of heresy by his fellow bishops.

Consider the notion of heresy for a moment. In her novel, about the life of the twelfth century theologian Peter Abelard, Helen Waddell recounts a conversation at the time of Abelard’s trial for heresy. His friends talk about Abelard’s book on the Trinity. ‘Have you read the De Trinitate, Gilles?’ Gilles nodded. ‘It is more than his accusers have, I’ll be bound.’ ‘And is it heretical?’ ‘Of course it’s heretical. Every book that ever was written about the Trinity is heretical, barring the Athanasian Creed. And even that only saves itself by contradicting everything it says as fast as it says it.’ I have often said, those theologians who seek to be clear in what they say are those most likely to be judged by their peers as heretical.